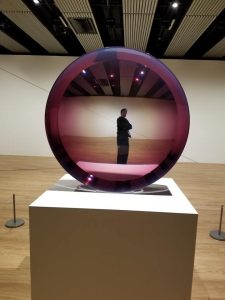 Having freed the journal from dwelling entirely in negativity or else entertaining only positive thoughts, a writer may want to move beyond the polarity of gloom versus cheer, exploring the spectrum of interior modes that a journal can reflect.

As a mind moves through different states, the flow of a diary adopts shifting views of place, time, and the body. While these recent books on altered consciousness rarely mention diaries, it seems reasonable to imagine that temporal perceptions and physical feelings described on the pages of a diary may respond in part to alterations in the mental state of the writer.

States of consciousness don’t confine themselves to the brain; they infiltrate the physical experience of the whole self. As a normal part of dreaming, for example, the body enters a state akin to paralysis, deprived of ability to get up and move. Though weird to contemplate, this immobility serves a useful function; its disorder can lead to sleepwalking and related somnambulatory behaviors. To give two other common examples, both an inebriated condition and the fever that accompanies an illness may affect multiple sensory perceptions and produce symptoms that one feels throughout the body.

Extreme states of altered consciousness hardly lend themselves to the activity of writing in a journal—though people who experience them may resolve in the moment to remember as much as possible and to record these experiences in their journals when able to do so. Points of heightened intensity “recollected in tranquility” (to use Wordsworth’s phrase), like the panic of a near-accident unfolding in slow motion, vivid dreams or unexplained apparitions, a vision of transport or insight arising in meditation or while listening to music—each can get absorbed into the pages of a journal.

Taking advantage of common, everyday fluctuations in mood and energy, you could begin to experiment by deliberately writing entries while in different mental states. To vary the quantity of light, ambient temperatures, and other environmental conditions that bring new sensations, seek out new times and places in which to write. Write one entry in a burst of emotional energy, another when energy feels flattened out and time seems to move at a slow pace.

Write after a glass of wine or a cup of coffee (if such lie within your habits); write at the glimmering borderline between dreams and waking, or when listening to music that powerfully affects you. Some time when you aren’t feeling well, write in the diary. Another time when you feel too restless to settle, write an entry. Daydreaming, musing, mind-wandering states will produce diary entries quite different from what you write while in your focused and pragmatic planning mode.

Who knows what you’ll learn from these explorations? Whatever direction they take, you’re bound to widen your practice by incorporating new sensory perceptions. Not until afterward, when you look back, can you see whether a certain mental state left an imprint on the pages of your journal.