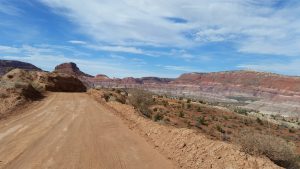 Unlike most artists, the writer of a diary can’t begin with even a preliminary vision of the completed project. It’s impossible to outline the diary’s key moments, its dramatic scenes and thematic patterns, ahead of the creation. It’s a basic condition of this form that the writer, no matter how observant and accomplished, has no way to foresee where the diary will go.

Even where a specific diary has its foreseen endpoint—for a prison diary, say, the scheduled date of release; for a travel diary, the day of coming back home; for a diarist near the end of life, the point when they can no longer summon enough strength to keep the diary—the person writing the diary can’t control how that ending will be reached, nor predict the emotional significance it may hold for the writer or the reader.

This formal feature of diaries has real implications, including the fact that a reader, much later, very likely knows more than the writer did about how things will turn out. Moreover, the limited visibility of the path ahead may be one of the reasons for keeping a diary.

Each entry in a diary reflects the view and voice of the writer who, at a specific time in their own life and more broadly a specific moment and place in history, expresses by writing a diary the intention to explore, observe, grow, reflect upon, or preserve a set of personal experiences for rediscovery at some point in the future.

It’s not like reading a novel, where the writer holds the cards and only gradually lets us know the ending. The diary writer writes in a state of uncertainty, with no choice but to face an unknown future. Sure, the diarist can express hopes, dreams, and fears about the future, but it’s the reader who more likely knows the outcome, and we often read a diary, from its earliest pages, in that light. Anne Frank’s diary is probably the most famous example. But it can be seen everywhere. I recently paged through the diary of a college student from the 1880’s as she met an attractive classmate and wrote about him in many entries—and all the time I knew, though she didn’t, that she would eventually marry someone else.

So, while it can relate the story of a life, the diary is neither written nor read as one long, smooth arc of narrative plotted and controlled by the person writing it. Rather, diaries consist of a series of separately-written entries (usually dated) that iteratively record where things stand at the time of writing. By using this periodic structure, the diary stays close to the writer’s individual perspective as it evolves through time—again, and very importantly, without knowing what time will bring.

By reading the diary we retrace their journey, appreciating their reactions and discoveries of the moment while layering an extra dimension of thoughts and feelings over what was originally written—however much we admire their insight and their voice. We read their words in an ironic light of knowledge they didn’t have, knowledge that can only come with time.